Well, as with Elyse, this baby has been given a moniker even before we know if it's a he or a she.  In the hopes of it being a boy, my sweet mother-in-law quickly nicknamed Baby Layman #2, Charlie.  And so...for this go around, we'll have Charlie Updates instead of Lucy Updates...at least until we officially have a name & gender to go on! 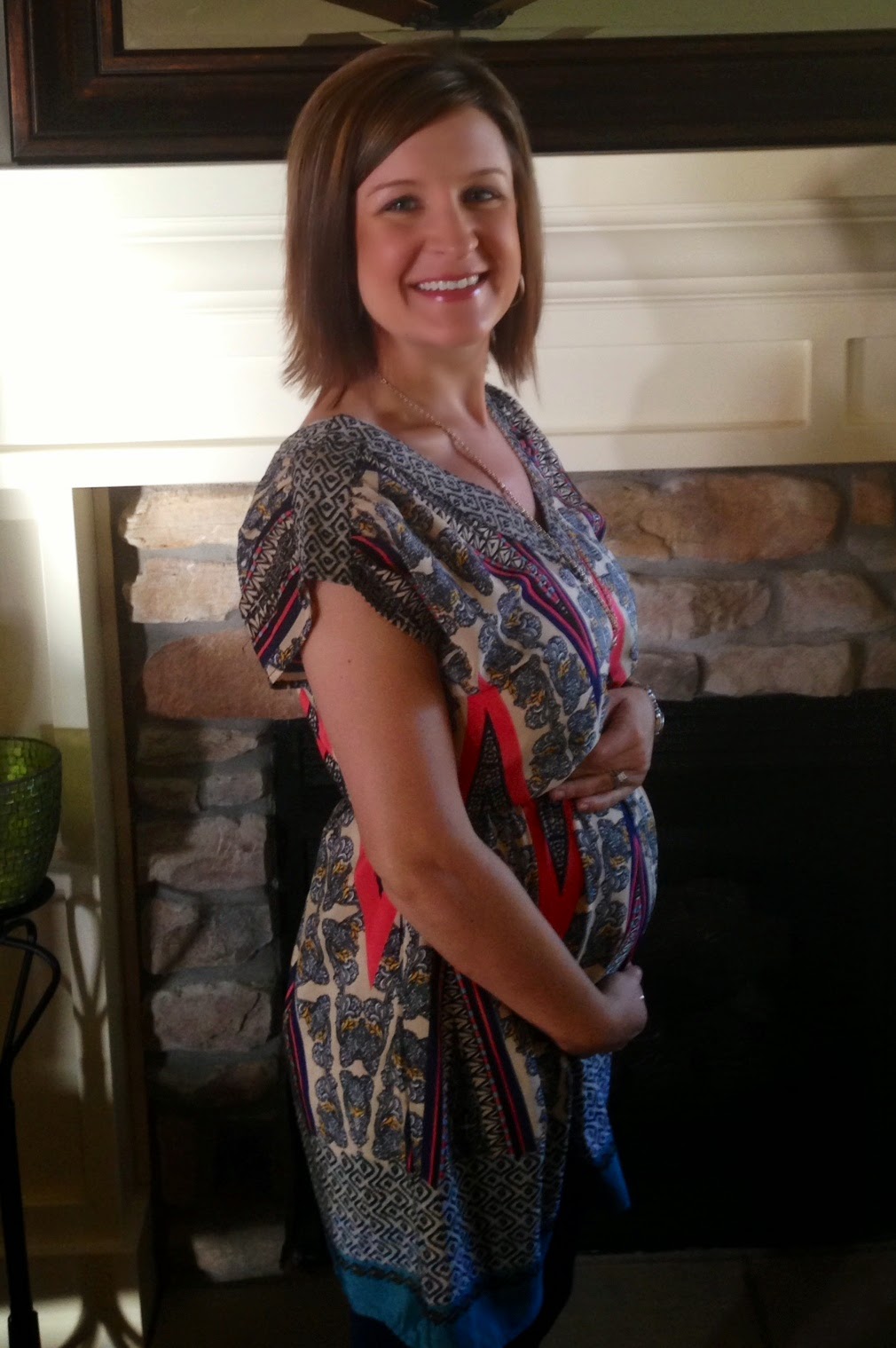 Weight gain/loss:  As of last week I was at 4 total pounds.  Man, I feel like it looks like a whole lot more than that so I'll take it!

Sleep:  Can't complain at this point...except I still HATE to get up to pee in the middle of the night.

Diet/Cravings/Aversions:  Nothing in particular except for food...I'm working on keeping healthy snacks around the house.  Cheezits and Oreos probably aren't the greatest things to be snacking on!

Movement:  None yet, but I can't hardly wait until that starts up again.

What I'm loving:  Just thanking God for bringing us another pregnancy and another chance to be parents.  I can't believe that Christmas this year will include four stockings instead of three...Gigi, we need to get on making those!

Symptoms:  A little swelling in my ankles...which is always most pleasant.  Sarcasm intended.  Honestly though, I seem to be swelling a little more easily than I did with Elyse.  I'll be watching my sodium intake for sure...and elevate my feet as much as I can in the evenings.  I've also noticed a little bit of weakness in the mornings.  I think this is mainly low blood sugar, so I'm trying to have a good snack in the evenings to counteract that problem.

What I'm looking forward to:  Finding out the gender!!!  That made it so much more real the last time, and I can't believe we find out in 3 short weeks!  We already have plans for another gender reveal party and I'm having a blast putting all the details together!

Best moment of the week:  Listening to Elyse call my belly the "baby manger."  It seriously is the most adorable thing, and I can't wait until she can fully understand a little bit more that she's going to be a Big Sister! 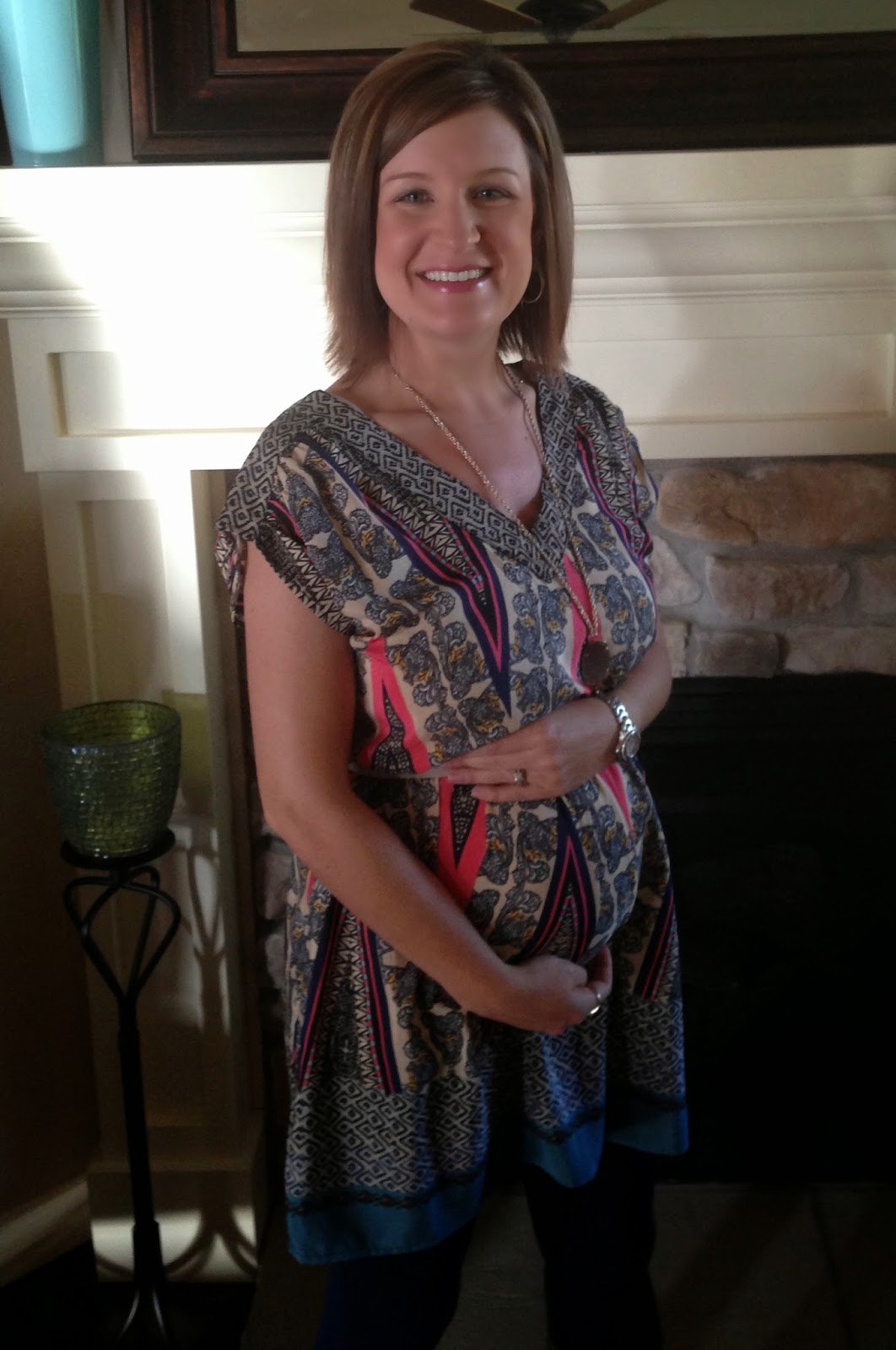 And just for record keeping sake...a little bit of what Charlie has put me through the first 15 weeks!  He/She is starting early with being a pain in the booty!

1.  Thyroid Issues:  With my first lab appointment and subsequent appointment with my doctor at 5  1/2 weeks, I was told that I have an underactive thyroid.  This could be genetic (thanks Gigi) or it could simply be pregnancy related.  Either way, there can be a strong correlation between an expectant mother's thyroid function and her child's IQ...so, I'm now on thyroid meds to improve my function and make my baby SO much smarter!  This of course also means an additional blood draw every 8 weeks to check things out...and we all know how much I love having blood drawn.

2.  Protein Issues:  At the same initial appointments, the protein in my urine was found to be incredibly high.  Without going into a really long, drawn out, medical explanation...oh wait, there is none.  After multiple urine tests, multiple blood draws, a kidney ultrasound, and one MAJOR freakout afternoon, basically nothing has yet to be concluded.  ALL of my other numbers and symptoms that would point to any other issues are completely normal, which means that no one really seems to be all that concerned.  Which also means I can't get in to see a specialist until August-September.  FANTASTIC!

3.  Balance Issues:  Ok, so I'm not sure if this is a true issue, or if I was just being clumsy, but I have fallen twice since being pregnant.  Like face plant, sprawling on the floor falling.  Lovely.  The first time I freaked out about it and called my OB/GYN which resulted in a nice little bonus of getting to see the baby super early.  Oh what a relief it was to see that heartbeat flashing on the screen.  Clumsy, pregnancy imbalance, whatever...I've been banned from wearing those flip-flops for the rest of the pregnancy.

Charlie, I'm not sure why you've decided to throw all these issues at your momma...but trust me, I'll love you with all my heart anyway.  Let's be honest, I already do...and I would do ABSOLUTELY anything to make sure you're safe for the duration of your stay in my nice warm belly.  You are going to be one blessed baby!
Posted by Lauren at 9:05 AM

How fun! Love all of the updates: that is so precious that your daughter calls your tummy the "baby manger"! I'm excited to see your gender reveal party details! Eek!

Updates are always so fun! The extra blood work is not fun but oh so worth it!! Can't wait to find out what you are all having!! Do you have a preference?

Can't wait to see your gender reveal party..those are always so much fun!!

Sorry about all the issues you're facing, I'll be praying that the rest of the pregnancy will go smoothly and healthy! Love the Nickname you're mother in law gave for Charlie! Cute!

What the heck, baby?! Be nice to your mama! This is probably just the second child's way of getting extra attention. Mim made me miserable for nearly 18 weeks. I totally guess that Charlie is a girl. :) I mean, only girls are that dramatic, right? Hang in there mama. You look amazing! Keep up the great work and keep us updated!

You look cute!!! If Charlie really is a boy are you going to name his Charlie??? Also, if it's a girl, you should totally name her Charlotte and call her Charlie. That would be adorable. ;-)