Whew...it was a BUSY weekend!  Which seems to be pretty much the norm for most fall weekends, but this time it was full of time with family!
Hubby's half-sister from Minnesota, her two daughters, and their foreign exchange student came to Missouri for a quick trip beginning last Wednesday night and we managed to see them every day, Thursday-Sunday.  I hate to even admit this, but this was the first time that Stacy & her girls had actually met Elyse in person...schedules are just practically impossible to coordinate sometimes.
Thursday Elyse spent the day with them all while I went to a continuing ed class for work and they had a blast at Dogwood Canyon (a nature reserve near Branson).  They had a picnic, did some walking, and Elyse took a quick nap in the stroller--I didn't even know that was possible.  Stacy snapped some fabulous photos that hopefully I'll get my hands on very soon!
Friday I took Elyse up mid-morning and all the girls headed out to the mall for some shopping--Elyse stayed at home for some quality time with Pappy.  We had a fun afternoon and then it was back home for some dinner prep & a photo shoot!
We hired a good friend of ours to come and take some pictures of the grandkids and the grandparents...and it was quite hilarious!  Apparently everyone wished they would have had a video camera of what I was doing to try and get Elyse, well all the kiddos actually, to smile and look at the camera.  The things that mommas do to get a good picture!  ha!  Of course anytime I would break out with B-O-G-E-Y to the tune of B-I-N-G-O or Do your ears hang low or any other crazy song---Elyse would get up in dance, which resulted in quite a few hilarious outtakes! 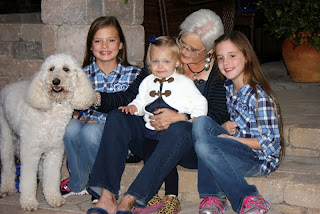 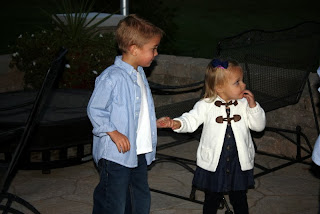 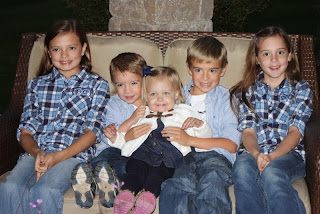 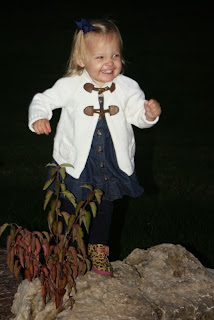 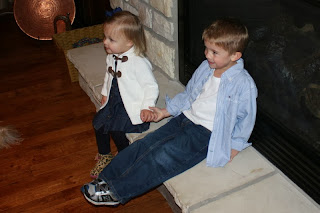 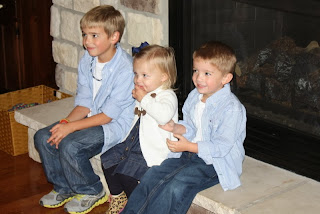 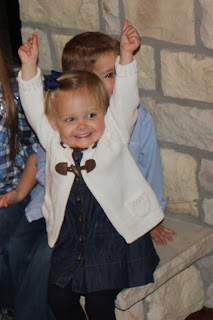 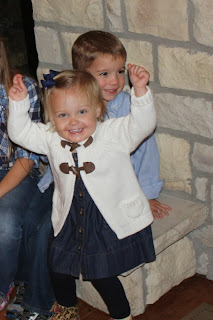 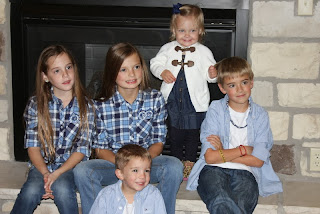 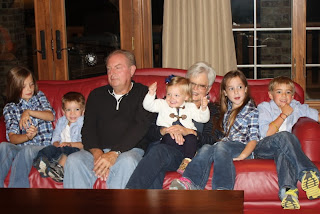 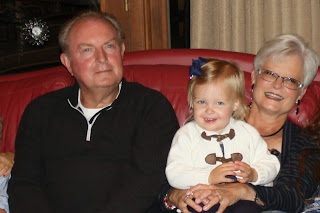 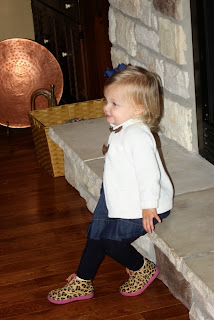 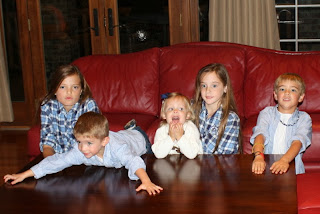 I didn't grab any candids of the themed photo shoot, but Mamaw bought bandanas for all the kids and we had plans on getting beards as well...but bandanas were it for the Duck Dynasty themed photos!  I can't wait to see all the shots that Tyler got...I have a feeling he got some fabulous ones! 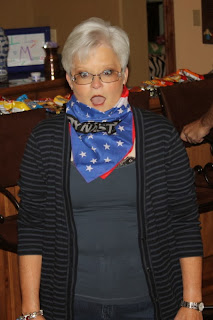 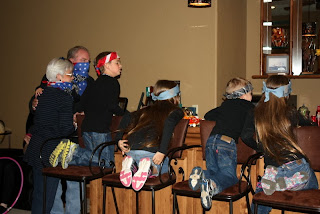 Saturday morning I had to work, but then we headed out to Cousin Jackson's 5th birthday party.  It was pirate themed for Jake & the Neverland Pirates and was held at a local YMCA.  We played a few games & then there was a bounce house for the kiddos to play in.  Elyse hasn't ever been too sure of bounce houses in the past...but she LOVED it this time!  Daddy even got in for a little bit of jump-time while the big kids took a break. 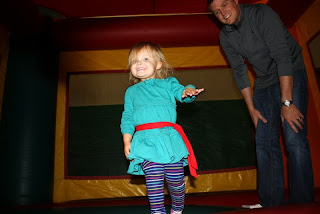 Sunday morning we headed to church and then had one last meal with Stacy & her girls before they went home Monday morning.  I failed to snap anymore pictures, but I did manage to take a couple before we left for church...because let's face it, my little girl was just too cute not to get a photo!

What a weekend! So fun to see family.

Looks like the best time ever!! Love family photos and these are pretty awesome!!