After being gone for 3 days for a work conference, Hubby & I came home for less than 24 hours, packed up the girls and headed to St. Louis for a quick overnight trip.  Call us crazy...because we were.  We took Elyse to a Cardinals game her first year at 9 months, and if we didn't go this past weekend then we weren't going to get Nora to one this year.

And so...we made some quick arrangements and even with temps in the 90s we successfully survived all 9 innings of Nora's first game cheering on the Redbirds.  My parents joined us which I'm so thankful for.  It was nice to have two extra sets of hands to juggle Nora in the heat & also keep Elyse happy & occupied.  Both girls did amazingly well, even if we were all sweating buckets, dreaming of air conditioning, and drinking crazy amounts of water to keep us cool. 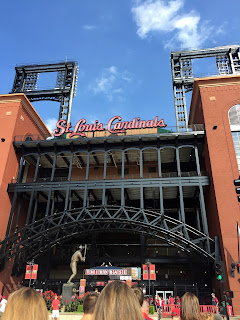 Seriously one of our favorite places on earth... 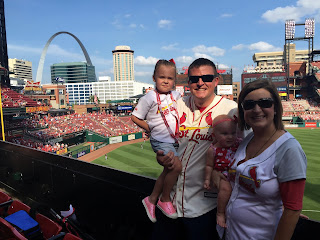 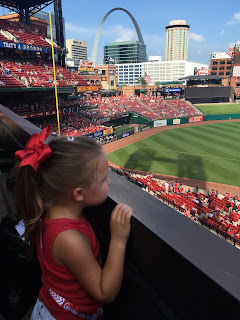 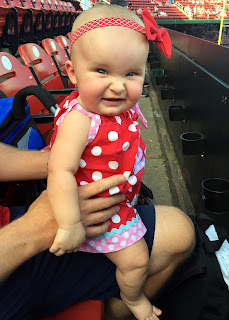 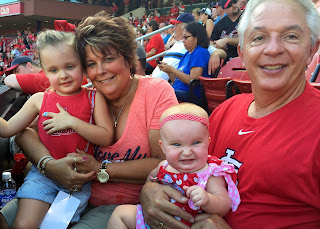 A silly-faced photo bomb from Daddy... 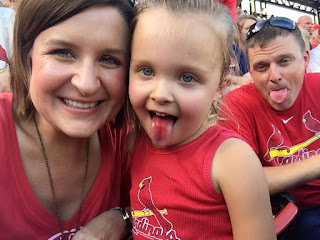 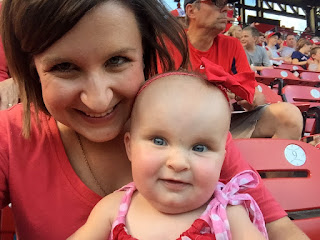 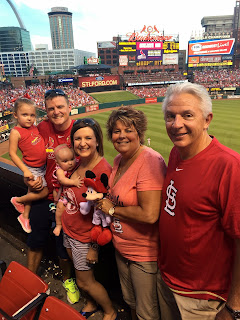 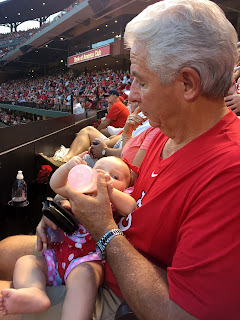 I honestly can't believe it, but both girls survived the entire game.  They both crashed hard in the car on the way home, but it was so fun for us to enjoy Nora's first game together! 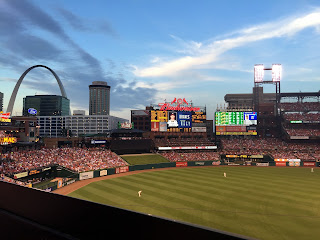 Thankfully both girls slept amazingly in the hotel and then we loaded up for a quick outing before heading home.  We decided on Grant's Farm and the rain & clouds moved out in time for us to have a fairly cool and comfortable morning. 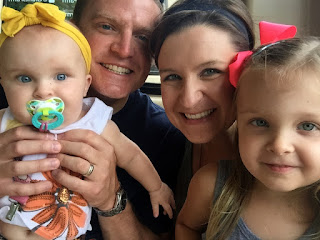 Elyse got attacked by a goat...if you've never been to Grant's Farm, consider this your warning.  First thing in the morning...those goats are crazy.  and hungry.  So I guess they're just like Elyse is when she's hungry...very HANGRY!!!! 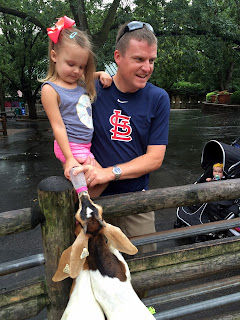 We rode the carousel... 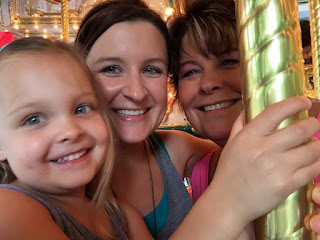 Elyse & Daddy went in the parakeet house...and when a bird landed on Elyse's hand she let out her very first SHRIEK!!! 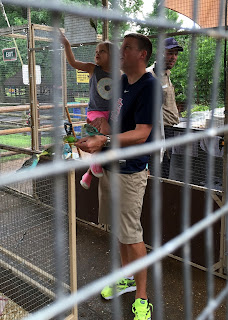 Nora enjoyed herself too... 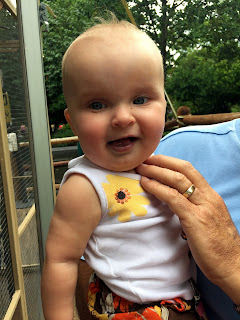 when Gigi and Papa gave her a taste of her first snow cone! 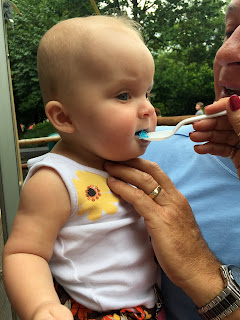 We tried to get Elyse to ride a camel...but she refused, so Daddy rode instead! 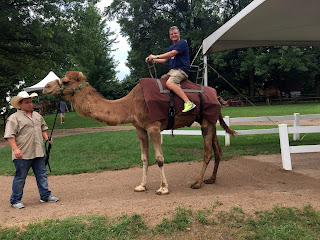 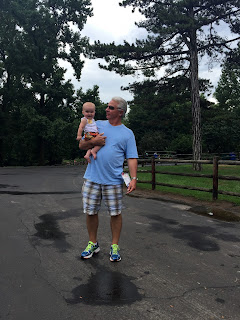 Gigi fed the camels, and Nora thought it was just hilarious! 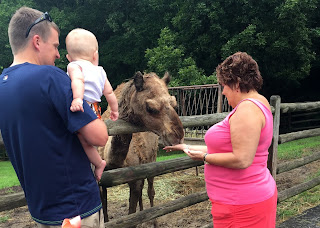 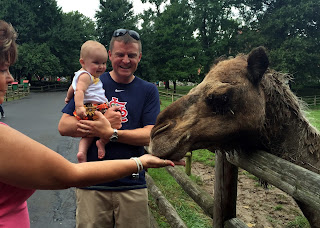 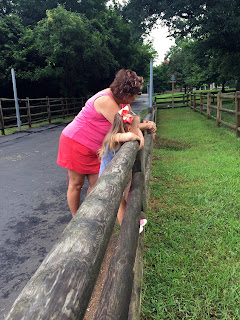 This is the result when you ask both girls to smile... 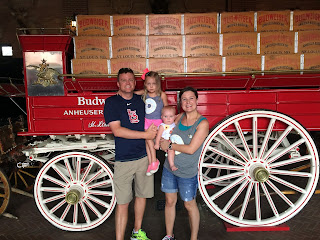 but this is real life when you ask them for a silly face!  (you can't see it, but Nora is pulling my neck over because she has such a tight grip on my necklace!) 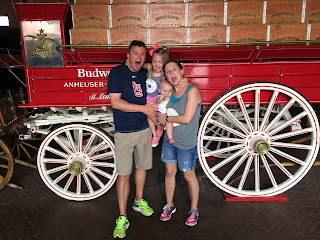 And then Nora CRASHED.  HARD. 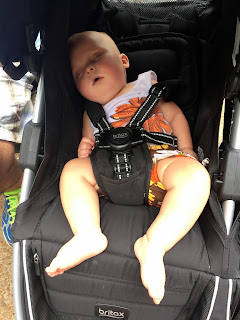 We finished up our visit with a stop to see the Clydesdales...which I'm pretty sure was Elyse's favorite part! 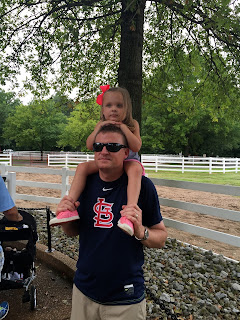 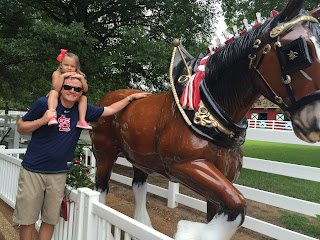 It was a quick trip, but a great one...and thankfully both girls were fairly good on the way home.  We figured out that Nora likes to watch movies on the iPad just as much as Elyse does...but thankfully that put her back to sleep and we made an uneventful trip home!
Posted by Lauren at 10:04 AM