I'm Dreaming of a White...December?!?

At this rate, I'm not sure if we're going to have hardly any days in December when there isn't white stuff on the ground.  It started snowing last Thursday morning and after another round last night, we've got quite the winter wonderland going on!
And unfortunately, it's sticking around for awhile because the temperatures are just finally making it out of the 20s.  I'm all about snow, but after it's been here for a little while it starts to just become annoying, and gross, and not quite so pretty.
However, on Thursday night as the first round was still falling, we bundled Elyse up in the best snow outfit we could find (unfortunately she's getting all new winter gear for her birthday--which was all being held captive at Mamaw & Pappy's house)!  However, the makeshift outfit worked as we really weren't out in it all that long! 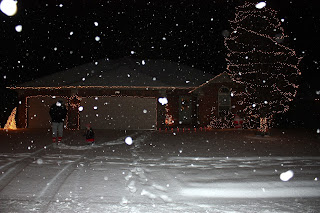 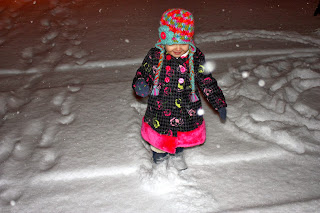 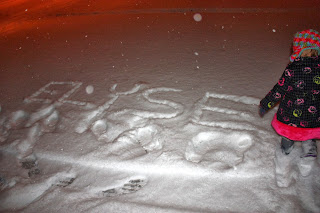 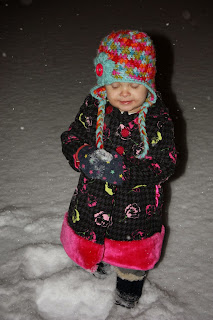 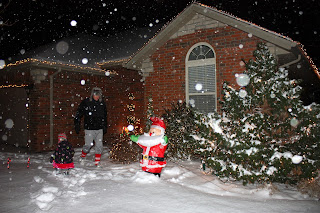 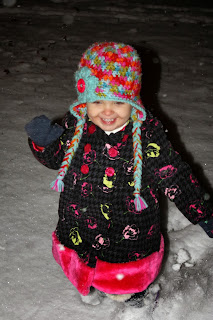 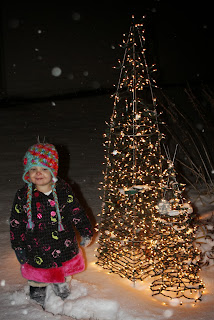 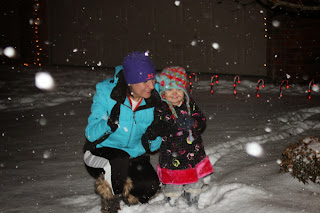 Friday morning we woke up to practically everything covered in snow, which meant a late start to work as the roads were still quite interesting.

And after probably another 3-4 inches last night, this is the same view as we drove up the driveway this morning.  Man, I tell you what...the snow may be annoying, but with the sun shining down and the blue sky as a backdrop---I'm not sure there is anything more beautiful! 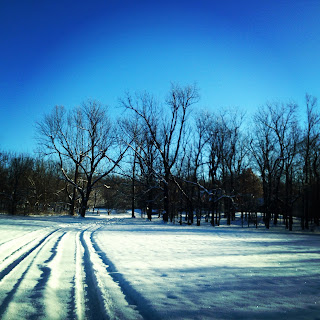 Tomorrow when I'm home with Elyse I'm thinking we may have some fun outside playing in the snow--the temps are actually supposed to be bearable outside!

Burr... I know how you feel, here in CO it was in the negatives it was so cold. Looks like y'all had a fun snow day..

You have the cutest little bundled up family ever! I love that photo of the three of you.

Wow you guys definately got some of the white stuff!! LOVE the family pic..so cute!