With Nora's impending arrival, we've had to move around some of our annual holiday experiences...and our Polar Express train ride was one of them. We headed down yesterday afternoon for a fun evening fill with Hubby's family, a fun train ride, hot chocolate, and cookies...and we even managed to have an unseasonable snow fall which made it feel even more appropriate to be heading to the "North Pole." 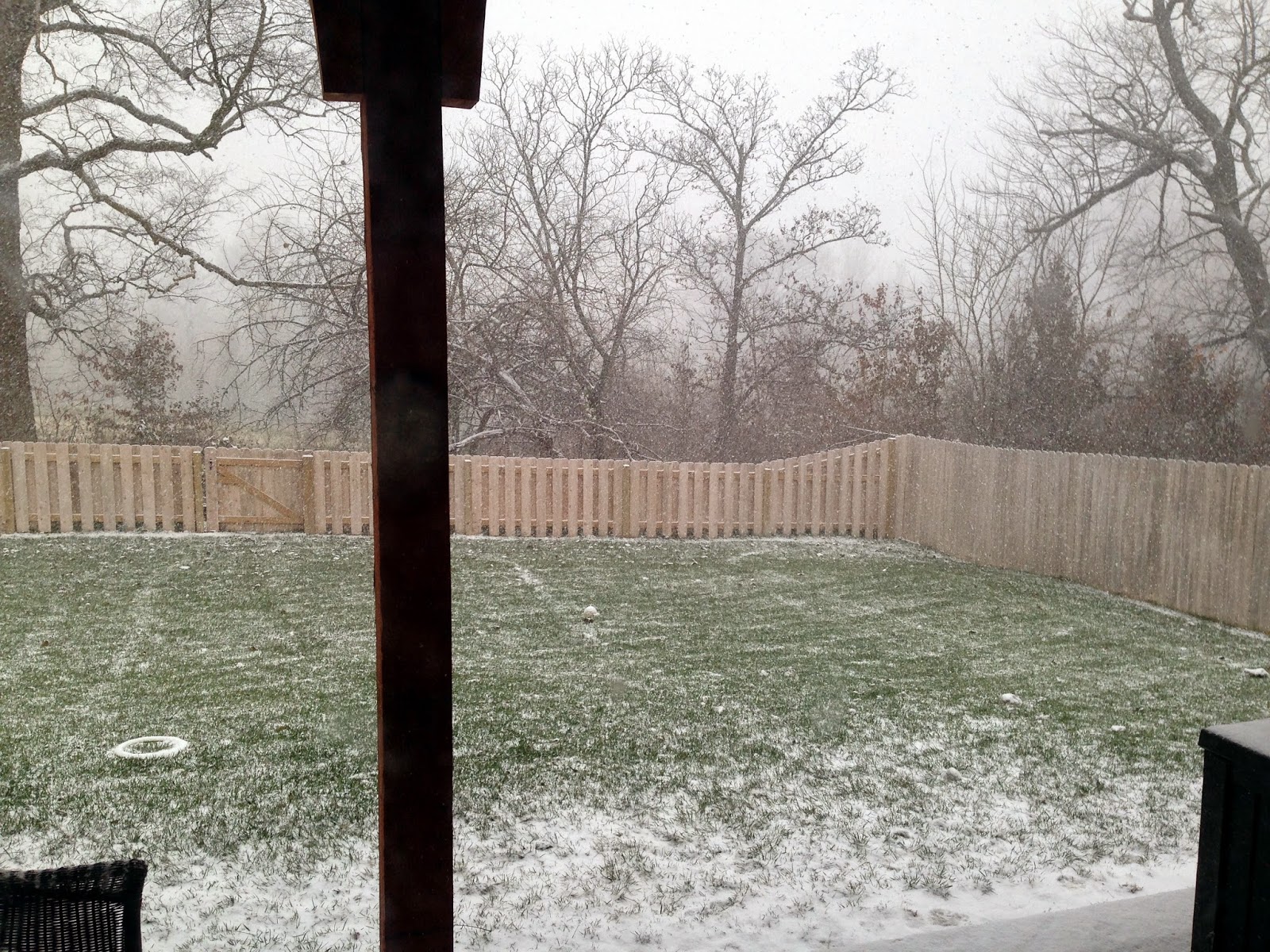 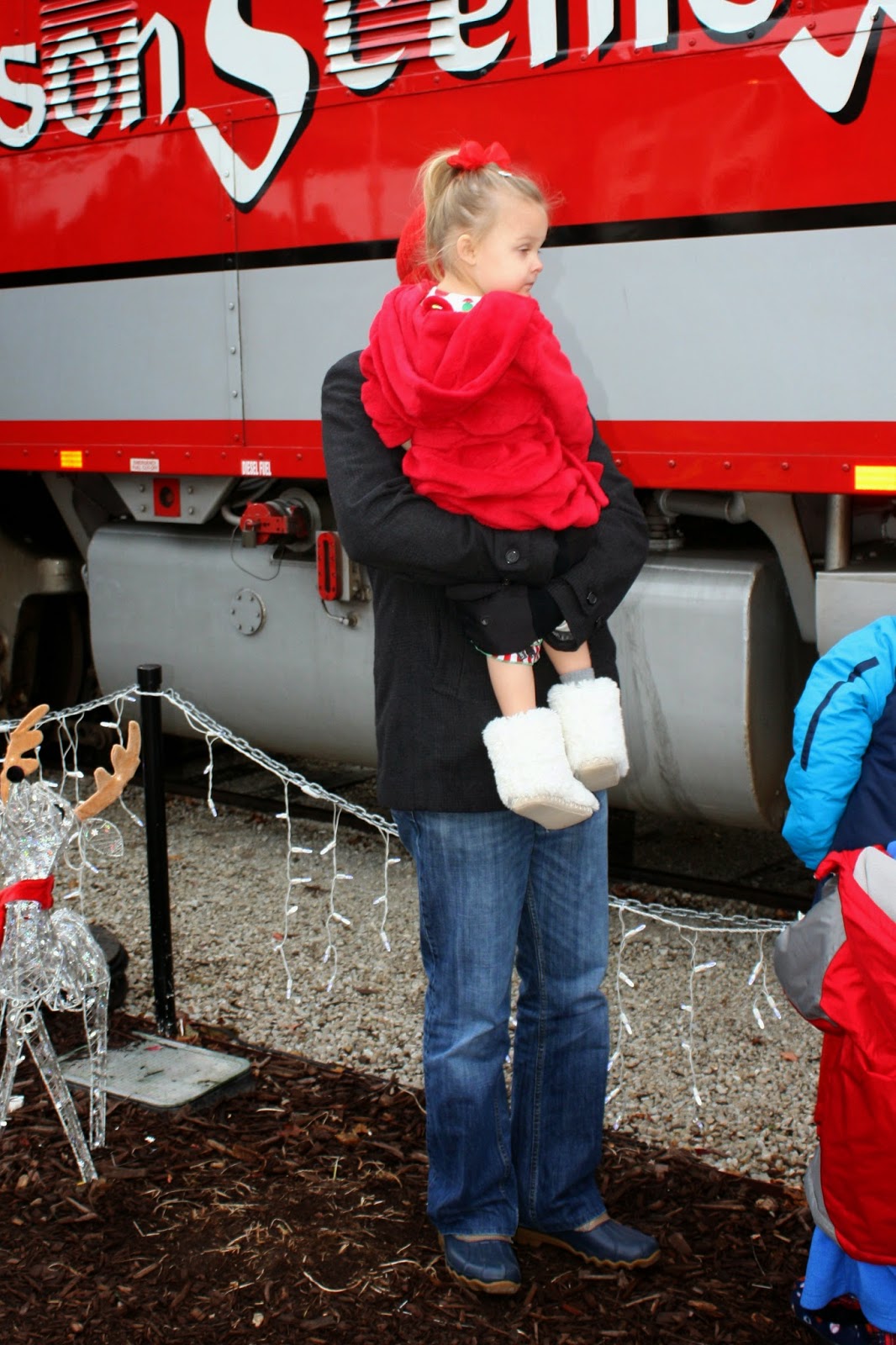 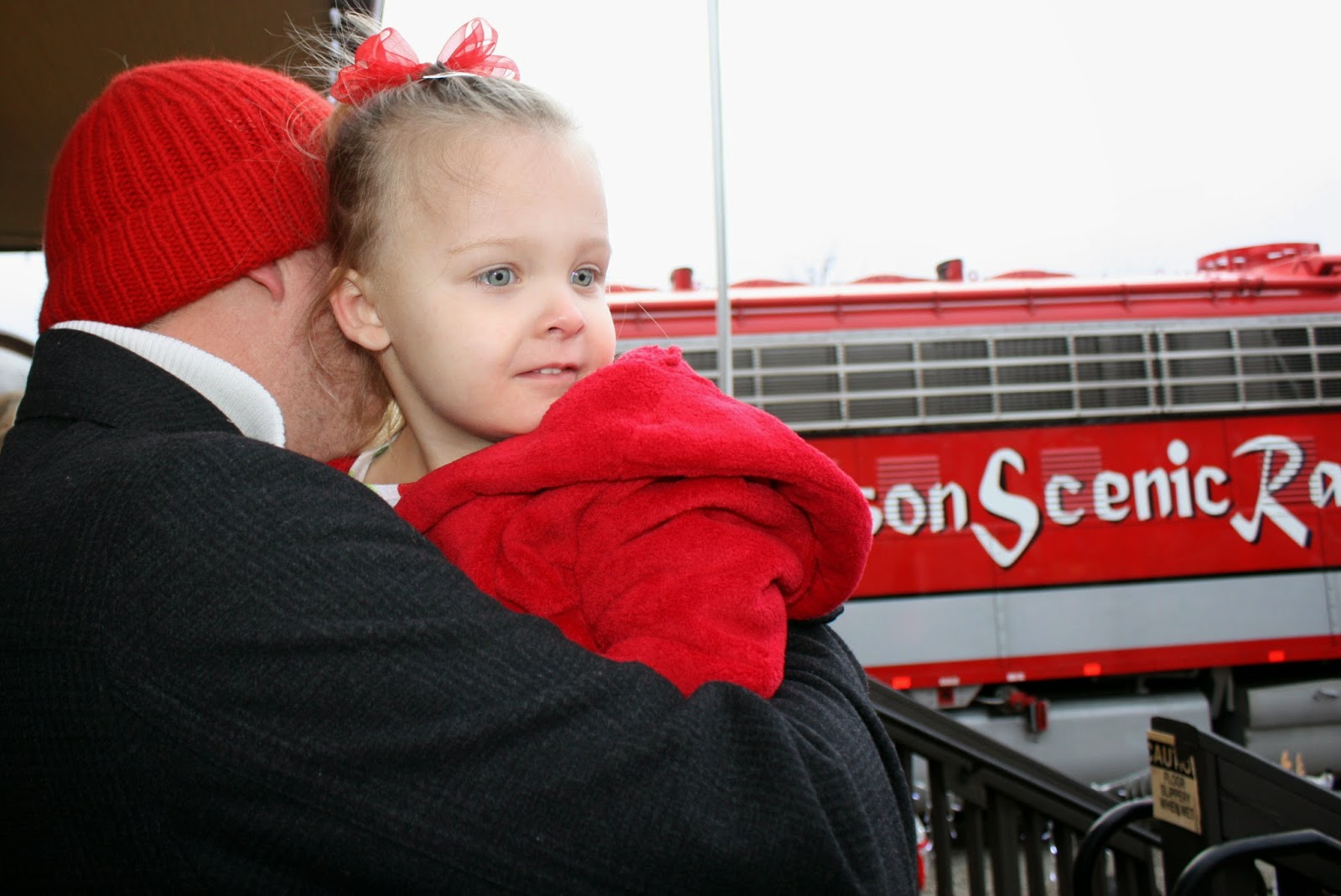 Last year Elyse wasn't really too thrilled or excited about the whole experience...other than the fact that she got to spend the evening with her cousins.  And to be honest, this year really wasn't much different...she was asking to "go home" pretty much the second we got on the train.  However, she warmed up to the cookies and Christmas lights and even to Santa a little bit!


And then it was time for the Big Guy to make his appearance...Hunter (our oldest nephew) played along like a champ, even though I don't really think he can hear the bell ringing anymore! 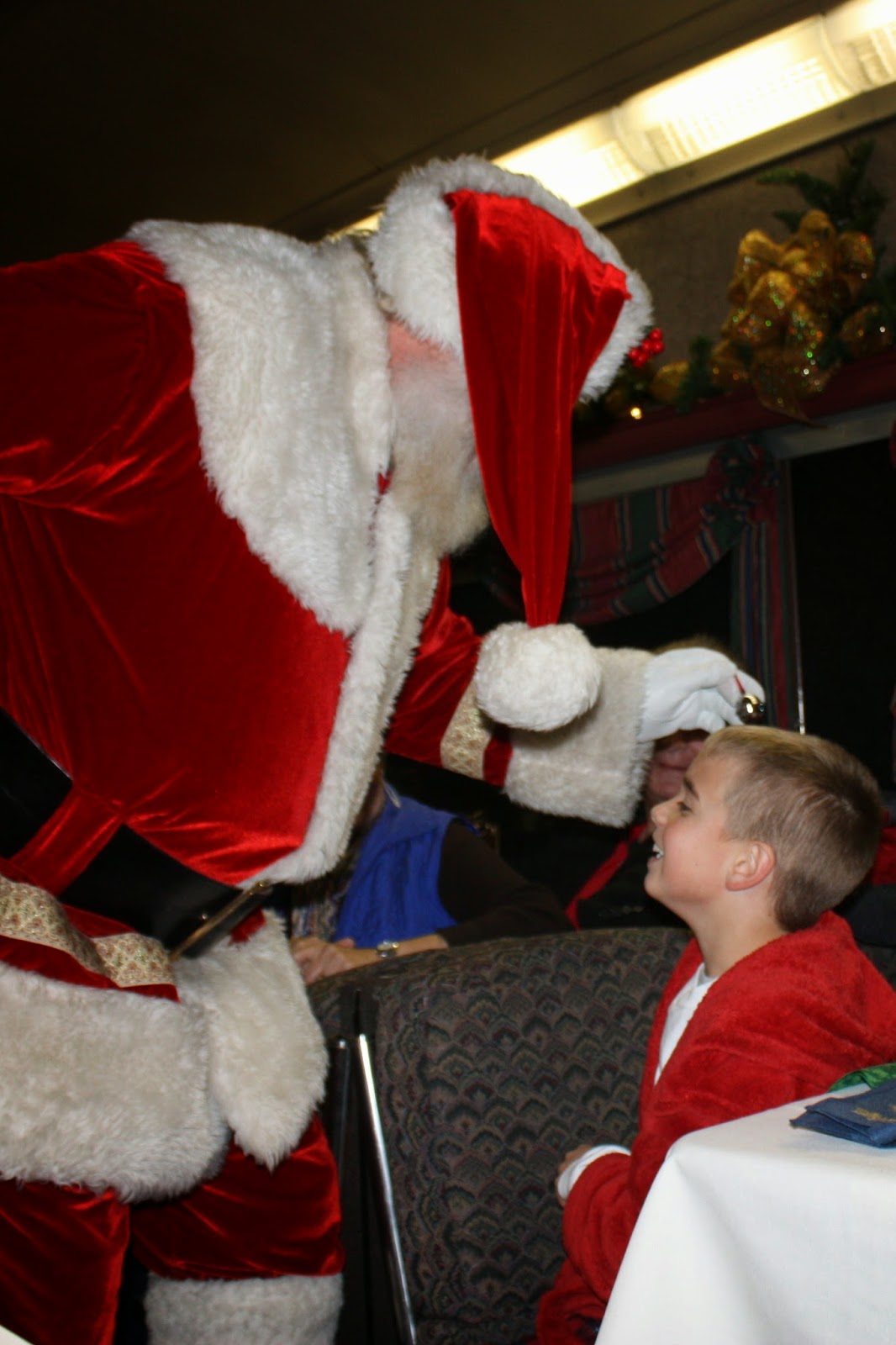 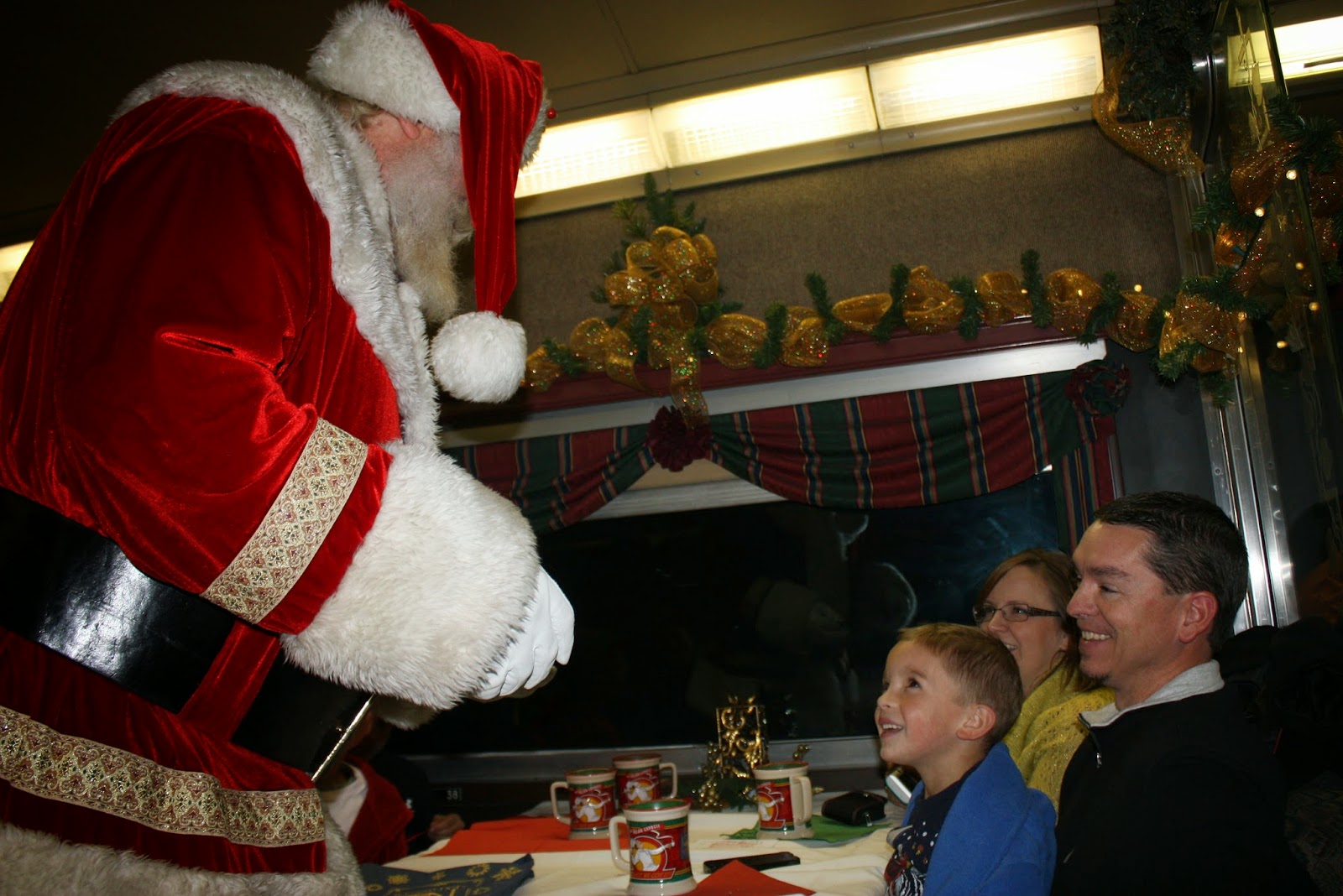 Elyse actually reached out to take the bell from Santa...and while she refused to take a picture with him... 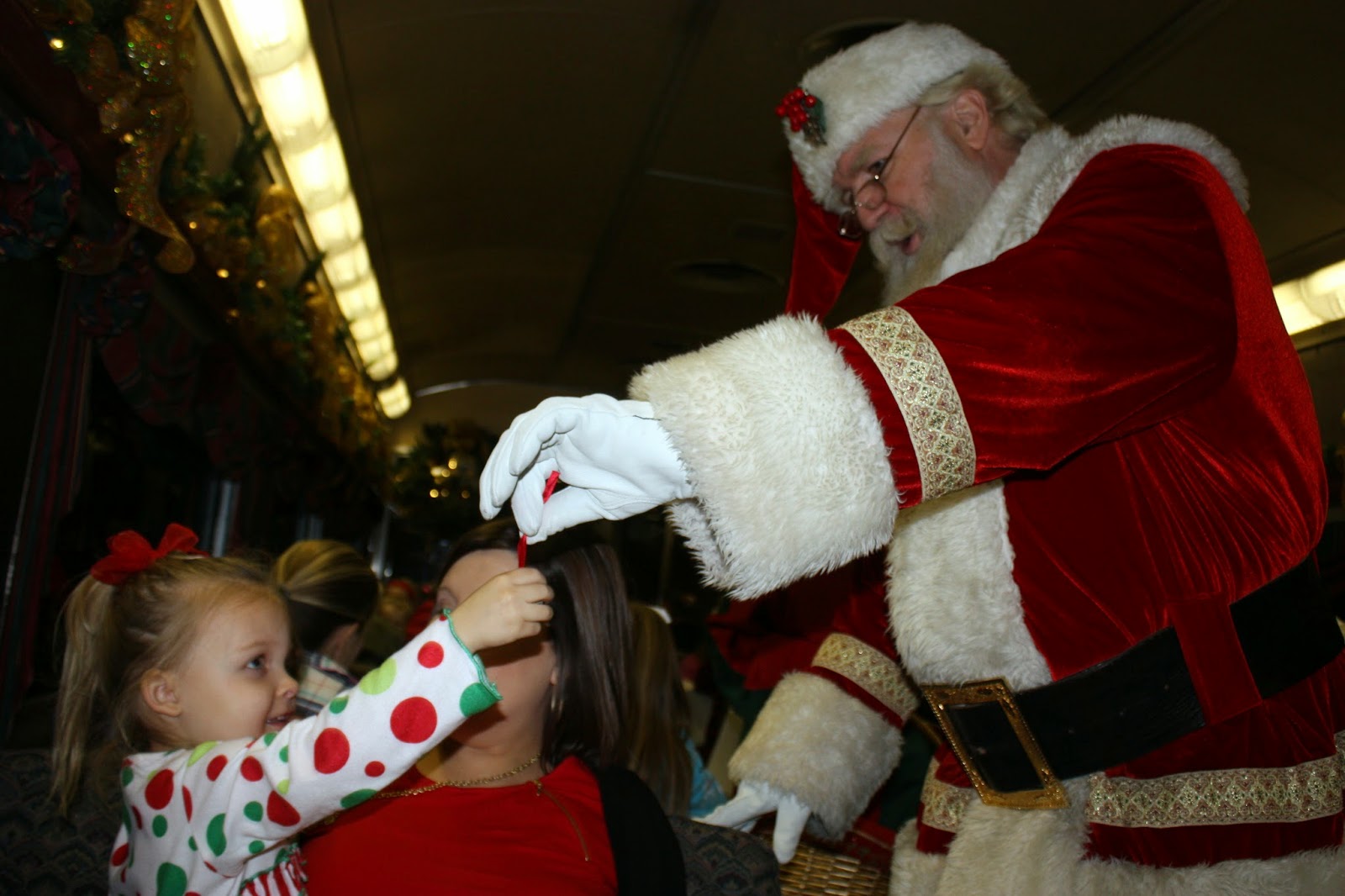 Santa was tricky and decided that he would take a picture with her, even if she had no idea it was happening! 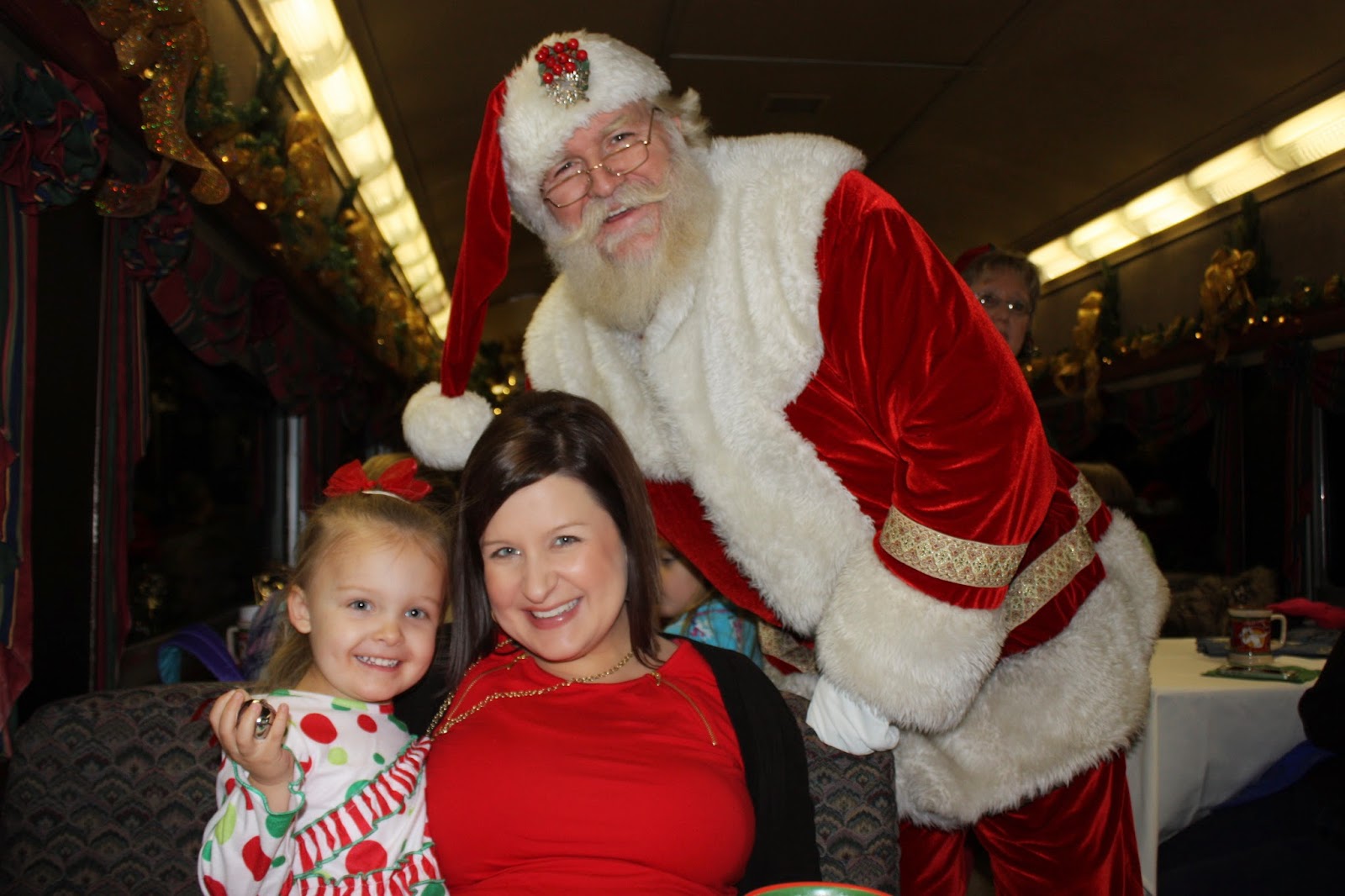 After our train ride we had a nice family pizza dinner on the Branson Landing and then headed home...it was a fabulous night, and Elyse had a blast even though it was freezing cold!  She sure does love her cousins! 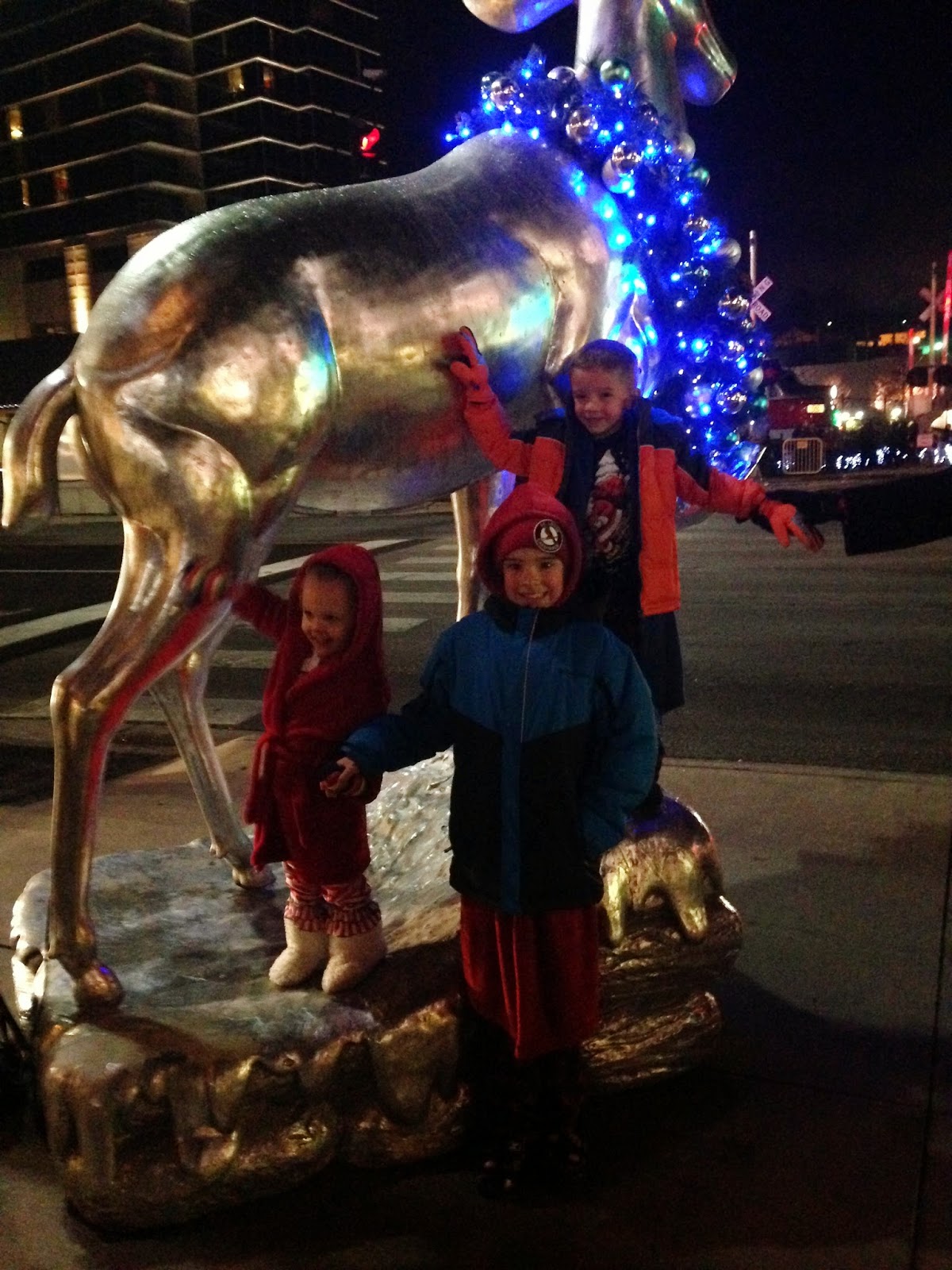 This is such a beautiful experience. I'm sure she will cherish it when she is a bit older :)